Thank you for following and reading Charlie's London!

As some of you are probably aware, Charlie's London started its internet life on the fantastic website Silent London. Since then it has taken on a life of its own! With the Twitter and Facebook pages now active and spreading the London love, I decided to venture back into the blogging world for some more insights into the part of London I hold so dear.

Charlie Chaplin is a world icon and his popularity has spanned more than a century! His appeal today is in many ways as strong as it always was, his message too speaks to a world in many ways unchanged from the one he knew! With new modern technologies and ways to communicate, it is no surprise that we find ourselves speaking to people everyday, all over the world about subjects we love so dear, Charlie happens to be one of them.

I began my Chaplin journey from the age of three, but little did I know I was already on it beforehand! His films and art have run in my family for many years before I was even born. My Grandmother and Mother both adore his work! But more than this, he was a home grown boy they were immensely proud of! A South London, born only a stone's throw from where we all called home.


This blog aims to explore those roots, the origins of the world's funniest comedian by a very proud South Londoner. I hope I can bring something different to the Chaplin table with my insights, and hopefully show how his hometown never left him, no matter where he was in the world! 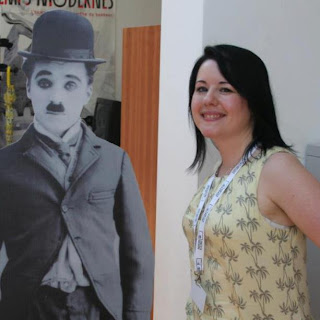 Add comment
Load more...
Newer Post Home
Subscribe to: Post Comments (Atom)
This blog is dedicated to the greatest South Londoner that ever walked the streets of SE11, Sir Charlie Chaplin KBE! Welcome home Charlie! It's nice to have you back.